Dear Colleagues and Friends of CEIMSA,
We would like to take this opportunity to extend to you an invitation to attend a contemporary American history class discussing the systems and structures within contemporary social movements.

(followed by a discussion) 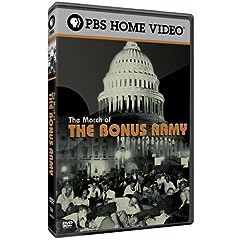 
In 1924, a grateful Congress voted to give a bonus to World War I veterans - $1.25 for each day served overseas, $1.00 for each day served in the States. The catch was that payment would not be made until 1945. However, by 1932 the nation had slipped into the dark days of the Depression and the unemployed veterans wanted their money immediately.

In May of that year, some 15,000 veterans, many unemployed and destitute, descended on Washington, D.C. to demand immediate payment of their bonus. They proclaimed themselves the Bonus Expeditionary Force but the public dubbed them the "Bonus Army." Raising ramshackle camps at various places around the city, they waited.

The veterans made their largest camp at Anacostia Flats across the river from the Capitol. Approximately 10,000 veterans, women and children lived in the shelters built from materials dragged out of a junk pile nearby - old lumber, packing boxes and scrap tin covered with roofs of thatched straw.

Discipline in the camp was good, despite the fears of many city residents who spread unfounded "Red Scare" rumors. Streets were laid out, latrines dug, and formations held daily. Newcomers were required to register and prove they were bonafide veterans who had been honorably discharged. Their leader, Walter Waters, stated, "We're here for the duration and we're not going to starve. We're going to keep ourselves a simon-pure veteran's organization. If the Bonus is paid it will relieve to a large extent the deplorable economic condition."

June 17 was described by a local newspaper as "the tensest day in the capital since the war." The Senate was voting on the bill already passed by the House to immediately give the vets their bonus money. By dusk, 10,000 marchers crowded the Capitol grounds expectantly awaiting the outcome. Walter Waters, leader of the Bonus Expeditionary Force, appeared with bad news. The Senate had defeated the bill by a vote of 62 to 18. The crowd reacted with stunned silence. "Sing America and go back to your billets" he commanded, and they did. A silent "Death March" began in front of the Capitol and lasted until July 17, when Congress adjourned.

A month later, on July 28, Attorney General Mitchell ordered the evacuation of the veterans from all government property, Entrusted with the job, the Washington police met with resistance, shots were fired and two marchers killed. Learning of the shooting at lunch, President Hoover ordered the army to clear out the veterans. Infantry and cavalry supported by six tanks were dispatched with Chief of Staff General Douglas MacArthur in command. Major Dwight D. Eisenhower served as his liaison with Washington police and Major George Patton led the cavalry.

By 4:45 P.M. the troops were massed on Pennsylvania Ave. below the Capitol. Thousands of Civil Service employees spilled out of work and lined the streets to watch. The veterans, assuming the military display was in their honor, cheered. Suddenly Patton's troopers turned and charged. "Shame, Shame" the spectators cried. Soldiers with fixed bayonets followed, hurling tear gas into the crowd.

By nightfall the BEF had retreated across the Anacostia River where Hoover ordered MacArthur to stop. Ignoring the command, the general led his infantry to the main camp. By early morning the 10,000 inhabitants were routed and the camp in flames. Two babies died and nearby hospitals overwhelmed with casualties. Eisenhower later wrote, "the whole scene was pitiful. The veterans were ragged, ill-fed, and felt themselves badly abused. To suddenly see the whole encampment going up in flames just added to the pity."