Subject: Regain your sanity, come to our November 12 Conference at Nanterre on : "The Art and Science of Community Organizing."

How would you respond to this injunction?

Don’t Vote for Obama:
He killed my sister with an unmanned drone.

One response to the plea above might be: Could the act of not voting for Obama help your sister and people like her?

For more responses to this and other views on political power, we invite you to come to our November 12 International Conference at Nanterre on “Community Organizing,” where we will be talking with humanists, scholars, and experienced community activists about institutionalized violence and grassroots organizing.

In preparation for this conference, we invite readers to view the classic apology for American mental hospitals, City of the Sick-Part I (late 1940s), and -Part II <http://www.youtube.com/watch?v=RTY8_P5l3tY&feature=channel&list=UL>  as one form of community organizing, from the top-down. Another classic film, useful in preparation for our discussions on November 12, is Frederick Wiseman’s powerful documentary film, Titicut Follies (1967), in which he exposes the sordid and horrific conditions of the Bridgewater Mental Hospital for the criminally insane, in Bridgewater, Massachusetts, where “power corrupts and absolute power corrupts absolutely.”

What does a community in need of a community organizer look? One answer to this question might be the community you now live in; another is suggested in Wiseman’s nightmarish documentary, which you are now cordially invited to watch at the Internet link below.

To see this remarkable documentary of organized disorganization and institutionalized violence, is to share an experience that will bring you closer to the purpose of our Nov. 12 conference at Nanterre, where we will be discussing human rights and democratic traditions with creative organizers who are committed to sharing their invaluable experiences of empowering people so that their visions for a better future can become a collective Autopoietic experience, instead of a descent into hell.

This representation of a real dystopia in the “here-and-now” should serve to remind us that creative alternatives to existing social relationships, can only come from our own labor, to protect from the abuse of power ourselves and those we love.

This is not the description of a World War II concentration camp, or of just one prison hospital; nor is it a mere illustration from Aldus Huxley’s famous fiction, Brave New World. It is the description of any community, anywhere, that is cut off from the benefits, the skills and knowledge of community organizers; a lesson on how “disorganized” communities are really organized from the top down, in such a way as to assure passive collaboration with local tyrants. 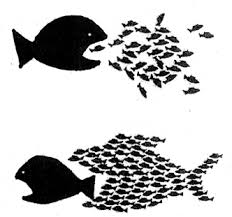 E. Conference #3 : (2-3 mai 2013) « Thinking Globally and Acting Locally: the Art and Science of Community Organizing, from the Intifada and the Indignados to the Arab Spring, the Greek Resistance and Occupy Wall Street in New York City and beyond . . . . », Université Stendhal, Grande Salle des Colloques.
F. Publications & Films :

Sincerely,
Francis Feeley
Professor of American Studies
University of Grenoble-3
Director of Research
University of Paris-Nanterre
Center for the Advanced Study of American Institutions and Social Movements
The University of California-San Diego
http://dimension.ucsd.edu/CEIMSA-IN-EXILE/